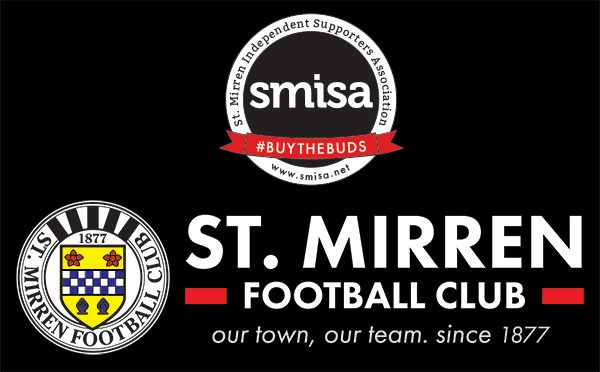 Super proud to be involved on this project.

St. Mirren had old Hall of Fame boards within the vomitry areas underneath each of the three home stands at St. Mirren Park. 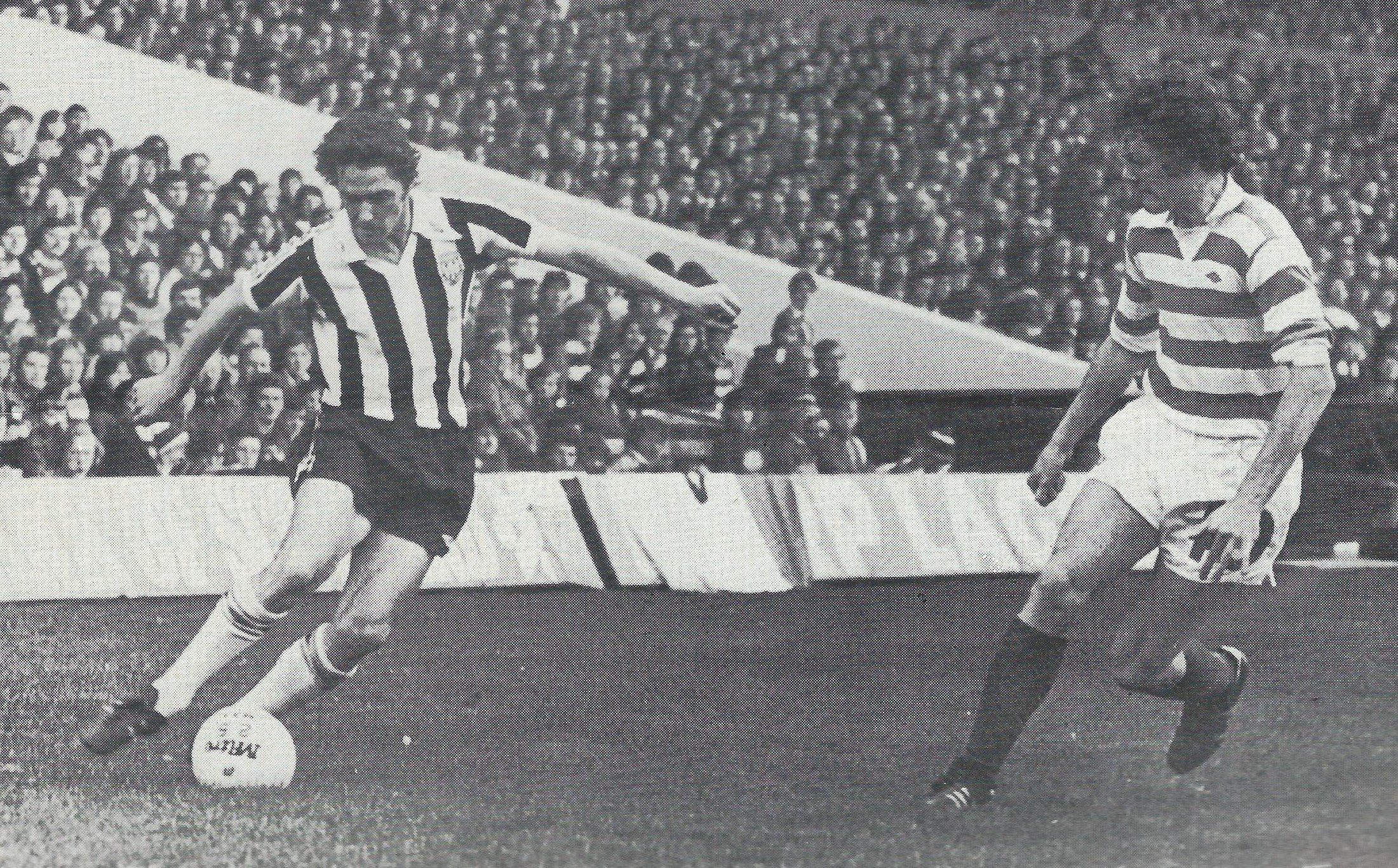 The existing boards were created by the clubs old main sponsor and had immediately lost their shelf life as soon as they were no longer in partnership with the club, due to their branding that was applied to the boards.

SMiSA put to a membership vote to use part of their 3 monthly spend towards club and community needs, for the boards to be re-designed and include additional HoF members who have since been inducted. 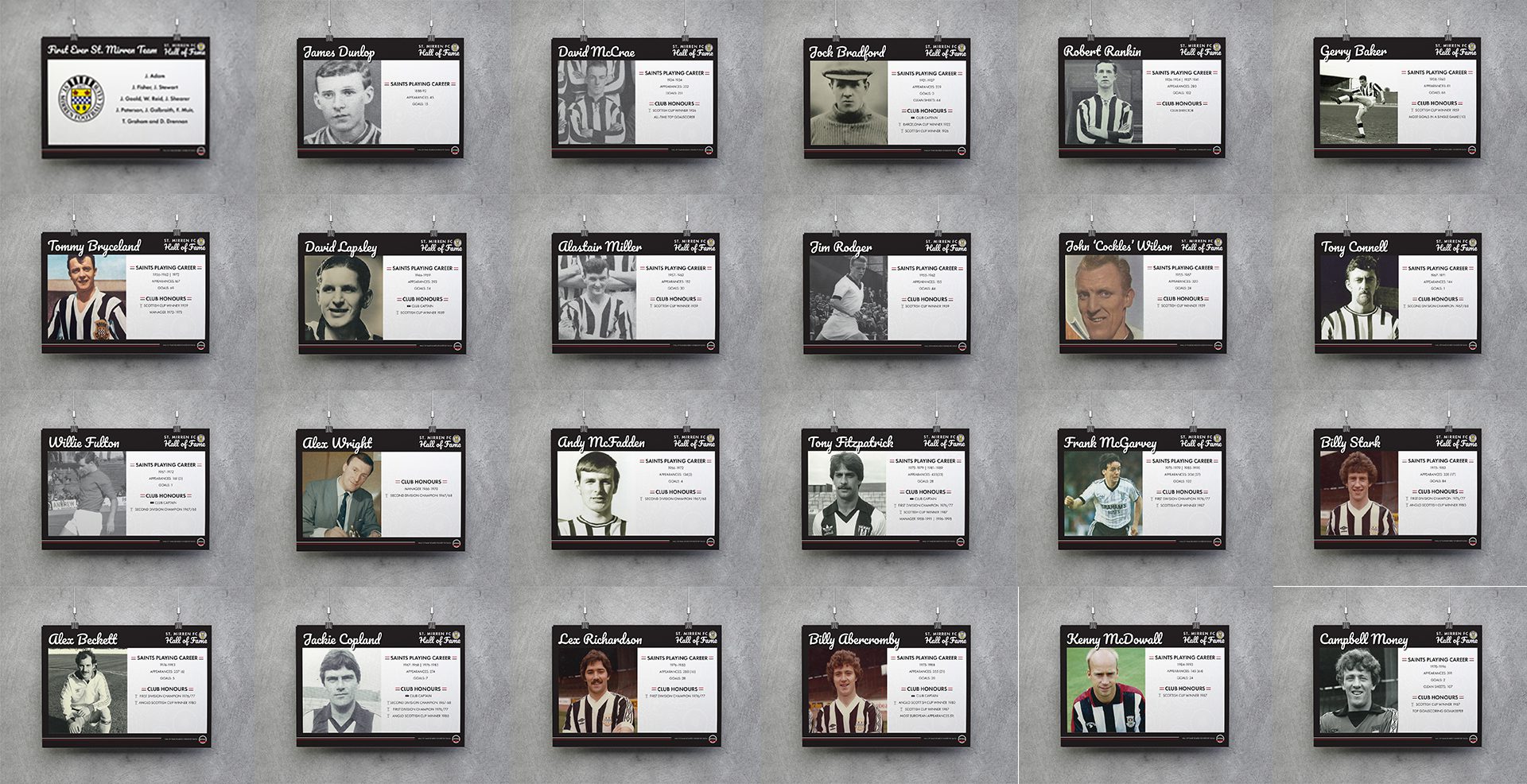 As we were spacing the inductees across three stands, I thought it would make sense to have each inductee added to a back board, though instead of being directly printed on to like previous, we use screw on double layered foamex boards for a nicer effect and also for the ability to move players around and also add to.
Using the clubs brand, a paisley pattern effect was applied to the back boards.

The most challenging part of the project which limited the initial first thought approach to each inductee board was sourcing historical images. Anything before the 2000’s was almost impossible to get our hands on without paying a significant fee, though between retired media photographers, the club photographer and super fan Jim, we managed to source all 40, with only the first ever team unable to be found.

Some of the earlier concepts I presented to the board included different sized inductees, though it was just too impossible to get images of great quality, so we opted to tailor them all the same.

A special mention goes to Sign & Digital Print Scotland, for their awesome work on printing the boards and advising on locating space for each of the boards. Jim Crawford for his help on sourcing images, along with Alan Picken and Norrie Jamieson at the club. And finally stmirren.info for helping supply the stats. 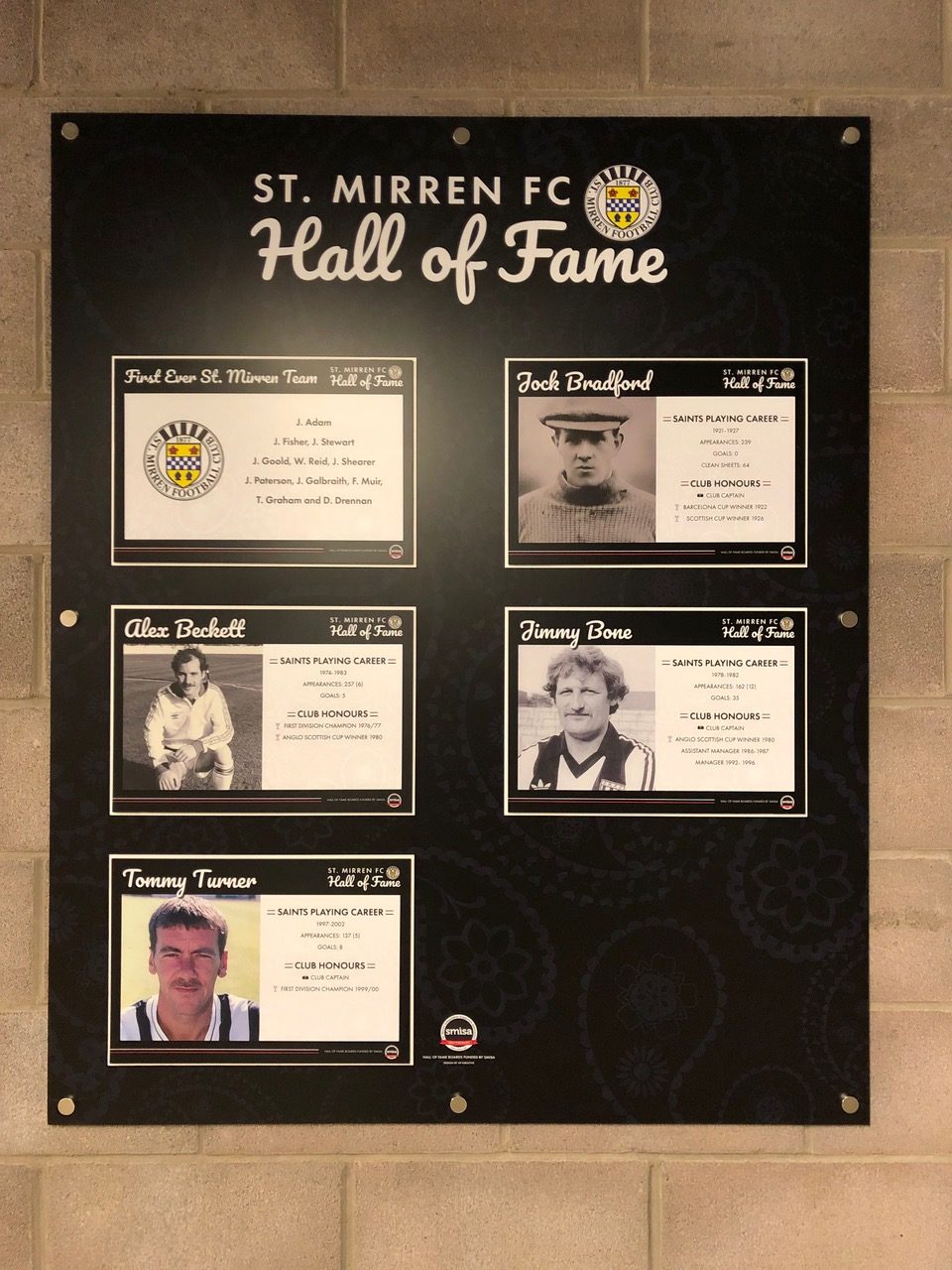 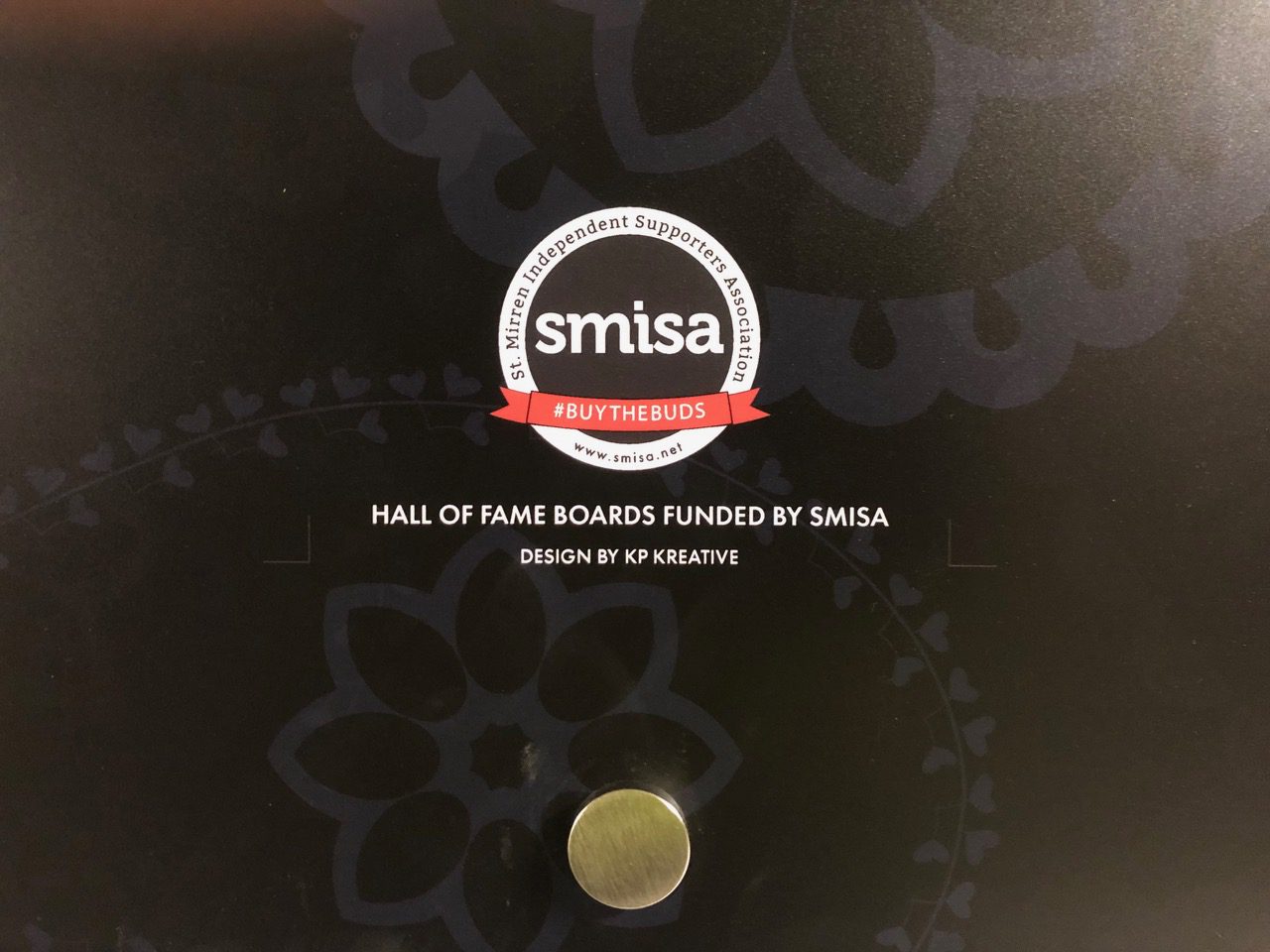 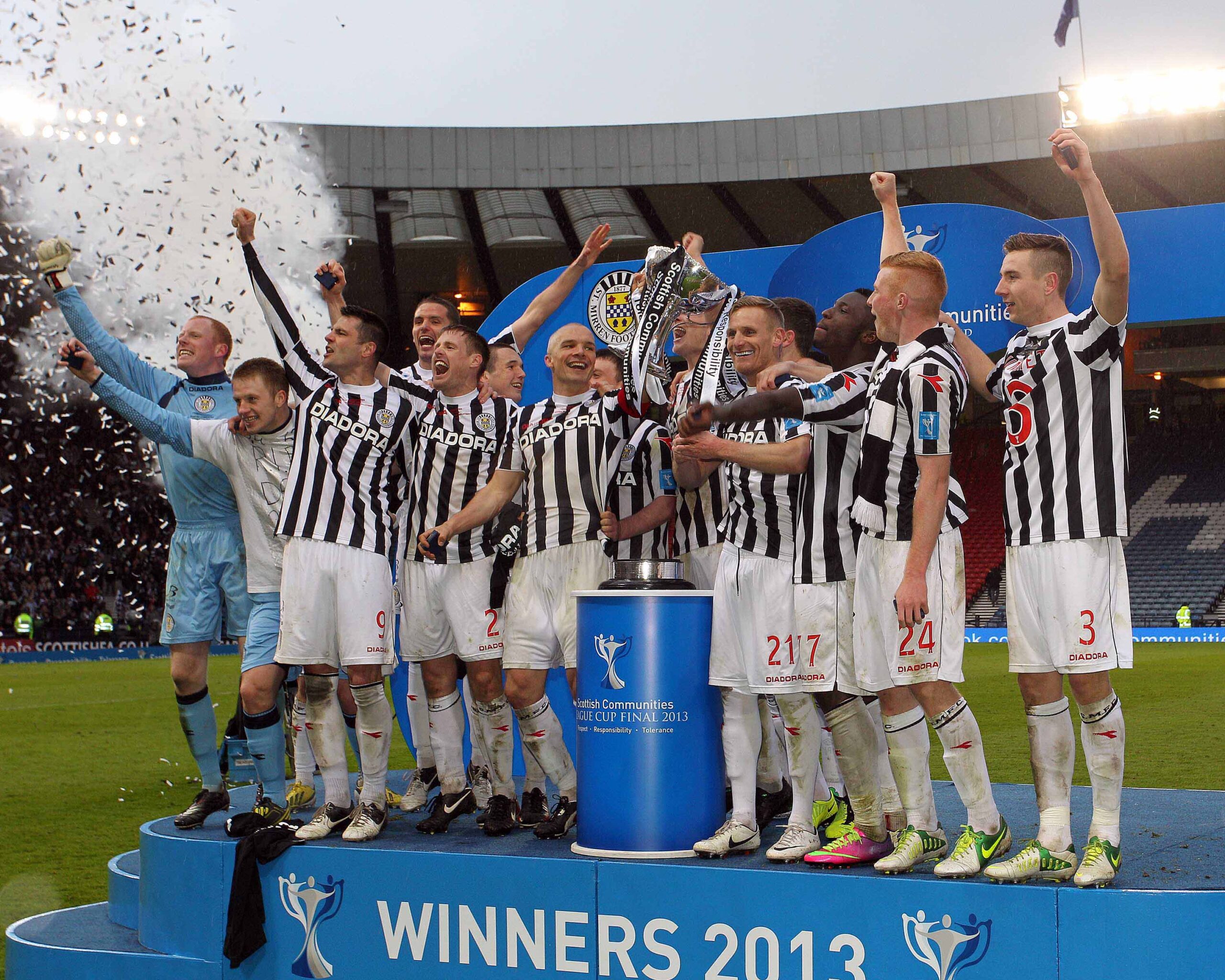 Fancy working together on your project?